Trailrunner7 writes “The RC4 and SHA-1 algorithms have taken a lot of hits in recent years, with new attacks popping up on a regular basis. Many security experts and cryptographers have been recommending that vendors begin phasing the two out, and Microsoft on Tuesday said it is now recommending to developers that they deprecate RC4 and stop using the SHA-1 hash algorithm. RC4 is among the older stream cipher suites in use today, and there have been a number of practical attacks against it, including plaintext-recovery attacks. The improvements in computing power have made many of these attacks more feasible for attackers, and so Microsoft is telling developers to drop RC4 from their applications. The company also said that as of January 2016 it will no longer will validate any code signing or root certificate that uses SHA-1.” Read more of this story at Slashdot.

Read More:
Microsoft Warns Customers Away From RC4 and SHA-1 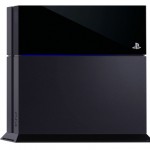 Sony PS4: Everything You Need to Know