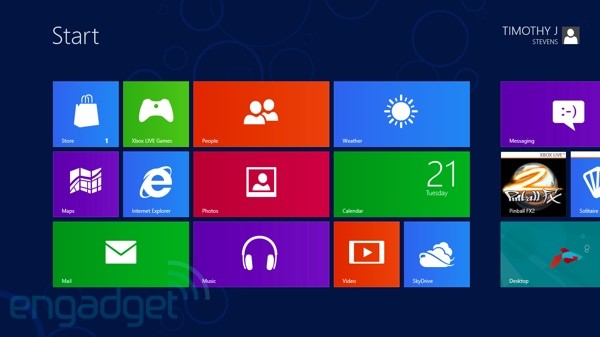 The early days of Windows were inauspicious ones. Sitting on top of DOS, it was hardly a revolution in personal computing — instead it felt like a disjointed platform perched uncomfortably atop a command prompt, ready to come crashing down at any moment. That’s what it was, and often that’s what it did. The early days of Windows required constant jumps from GUI to shell as users ran a wide assortment of apps, only some of which played nice inside a window.

It was over a decade later, after Windows 95, that the operating system would truly ditch its DOS underpinnings and feel like a totally integrated system. Why are we reminiscing? Because we’re reaching that same point again. With the Windows 8 Consumer Preview, Microsoft is showing off the most complete version of the company’s most modern operating system, yet in many ways it feels like 1985 all over again — like there are two separate systems here struggling to co-exist. How well do they get along? Join us after the break to find out.