Earlier this year, we heard rumors that Microsoft was interested in purchasing the popular team-chat app Slack for as much as $8 billion. The deal never happened, so naturally, Microsoft has decided to make a Slack-like app. Microsoft-centric news blog MSPowerUser reports: Meet Skype Teams. Skype Teams is going to be Microsoft’s take on messaging apps for teams. Skype Teams will include a lot of similar features which you’ll find on Slack. For example, Skype Teams will allow you to chat in different groups within a team, also known as “channels”. Additionally, users will be able to talk to each other via Direct Messages on Skype Teams. Skype Teams will also feature Threaded Conversations, which is a major feature that’s lacking on Slack. With Threaded Conversations, you can simply reply to a message on a channel by clicking on the reply button and anyone else can join the thread whenever they want — just like Facebook Comments, or Disqus Comments. Microsoft, of course, isn’t leaving out some of the core features of Skype on Skype Teams. Similar to Skype itself, teams will be able to make video calls in a channel or privately. To take this even further, the company is adding the ability to schedule online meetings, which can be quite useful for large teams. Read more of this story at Slashdot. 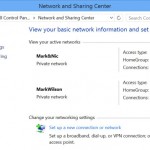 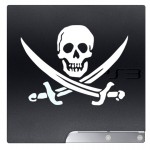 A Century-Old Device May Be the Future of Electronics