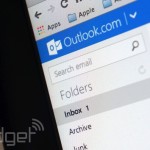 Microsoft said last year that it was tightening security to fend off the NSA and others who would scoop up your data, and today it fulfilled that promise with moves that should improve real-world security. The company now encrypts both incoming and outgoing Outlook.com email when it’s in transit . So long as the other end also supports this encryption (Gmail and other big names do), snoops can’t easily intercept messages in mid-flight. Microsoft is also implementing Perfect Forward Secrecy in both Outlook.com and OneDrive, which gives each connection a unique security key — even if people do crack a code, they won’t have a complete picture of your email or cloud storage. Alongside the improved protection, Microsoft is also eager to show governments that it’s not creating back doors for spies. The developer has opened a Transparency Center at its Redmond headquarters that will let officials look at source code and otherwise verify that Microsoft isn’t purposefully including vulnerabilities. The tech giant would rather not worry about spying in the first place , but its new Center may prevent some of the company’s bigger customers (and their cash) from jumping ship . Filed under: Internet , Microsoft Comments Source: Microsoft on the Issues

Read More:
Microsoft’s new encryption makes it tougher to spy on your email 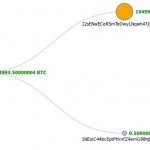