Enlarge / Teams looks good, but is unfortunately its chat is quite bulky in a vertical direction. (credit: Microsoft) After being in beta since November , Microsoft Teams is now available to anyone with a suitable Office 365 subscription. Teams is a group messaging application organized around chatrooms. Slack has become the darling of media and software development types, with its modern, Web-based take on what is actually an old-fashioned mode of computerized communication. Slack is text-heavy and line-oriented, much like the IRC that it mimics. Slack arguably brought IRC into the 21st century and added such niceties as persistent message storage so that you can see what happened before you even joined a particular channel. Slack also includes inline images and emoji. If instant messaging apps like Skype are an alternative to the telephone, Slack represents an alternative to standing around the office watercooler or hanging out in the break room. Teams builds on this same heritage, but it adds a Microsoft twist: Rather than being a standalone service, as Slack is, Teams is an integrated part of Office 365. Read 10 remaining paragraphs | Comments 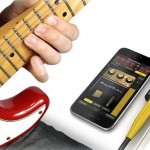 The iRig 2 wants to replace your guitar pedal board with...

Five nights of rioting in Sweden