Enlarge / 750,000 Estonian cards that look like this use a 2048-bit RSA key that can be factored in a matter of days. (credit: Steve Jurvetson ) A crippling flaw in a widely used code library has fatally undermined the security of millions of encryption keys used in some of the highest-stakes settings, including national identity cards, software- and application-signing, and trusted platform modules protecting government and corporate computers. The weakness allows attackers to calculate the private portion of any vulnerable key using nothing more than the corresponding public portion. Hackers can then use the private key to impersonate key owners, decrypt sensitive data, sneak malicious code into digitally signed software, and bypass protections that prevent accessing or tampering with stolen PCs. The five-year-old flaw is also troubling because it’s located in code that complies with two internationally recognized security certification standards that are binding on many governments, contractors, and companies around the world. The code library was developed by German chipmaker Infineon and has been generating weak keys since 2012 at the latest. The flaw is the one Estonia’s government obliquely referred to last month when it warned that 750,000 digital IDs issued since 2014 were vulnerable to attack . Estonian officials said they were closing the ID card public key database to prevent abuse. Last week, Microsoft , Google , and Infineon all warned how the weakness can impair the protections built into TPM products that ironically enough are designed to give an additional measure of security to high-target individuals and organizations. Read 18 remaining paragraphs | Comments 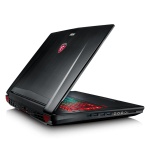