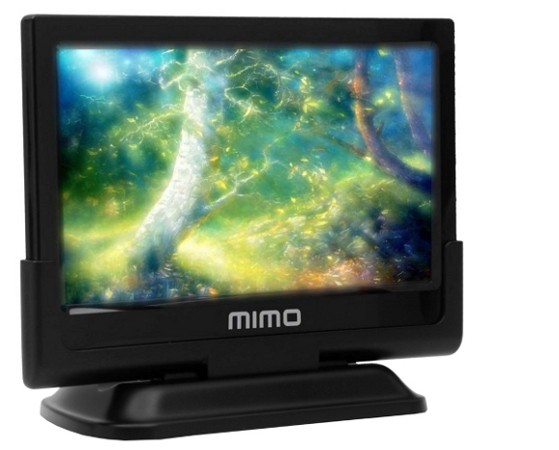 We’ve seen monitors with touch input and displays powered only by USB, but combining both those features into a single unit would make for something truly unique. We’ve gotta hand it to Mimo Monitors for pulling it off — the Magic Touch and Magic Touch Deluxe deliver 10.1 inches of capacitive interactivity using only a single USB 2.0 cable. The panel itself offers a resolution of 1024 x 600 for keeping video chats out of your way, displaying email or monitoring social networks. The Deluxe version also adds a two-port USB hub but, if you plan to charge your devices through it, you’ll have to hook up the optional AC adapter. Sadly, while they can act as a secondary monitor regardless of OS, you’ll need a Windows 7 machine to take advantage of the touch capabilities — and even then it’s single touch only (though, the panel itself is technically capable of four-point multitouch). Both models are available to pre-order now for $300 (Magic Touch) or $330 (Magic Touch Deluxe) with delivery expected before Christmas. Check out the complete PR after the break.

Mimo Magic Touch adds 10 inches of capacitive touchscreen to your PC using only USB originally appeared on Engadget on Mon, 21 Nov 2011 16:01:00 EDT. Please see our terms for use of feeds.