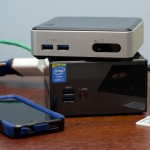 Intel’s Haswell NUC sitting on top of Gigabyte’s larger (but more powerful) Brix. Intel sees mini-PCs as one of the rare PC markets where growth is possible. Andrew Cunningham The wider PC industry isn’t doing so well, and last week’s news that Sony would be selling off its VAIO business is just the latest indication. That doesn’t mean things are all bad—there’s still some growth to be found, and one area where it’s happening is in mini-desktops like Intel’s NUC or Asus’ upcoming Chromebox . Intel tells us that sales of truly tiny PCs (things near the size of the NUC, Gigabyte’s Brix Pro , or Lenovo’s M93p Tiny ) have gone from “almost zero in 2012” to over a million units in 2013. And yet, these mini desktops don’t always make sense. If you want something compact for your desk that saves you cable clutter, an all-in-one will frequently be a better option. If you want something more powerful, a more traditional micro ATX or even mini ITX PC can be purchased or built for less money, often with a greater amount of CPU and GPU power. We spoke with Lisa Graff , Vice President of Intel’s PC Client Group, to get a better idea of how these desktops are doing and who exactly is buying them. Business-friendly features in a tiny package Graff came in from the datacenter group last year to run Intel’s desktop business.  “When I came in there were a number of areas in desktop that were growing, kind of bucking the trend of some of what we’re seeing in the PC business,” Graff told Ars. “And as we started to drill in, this was one of the areas—all-in-ones were clearly a growth area, but this mini-desktop, really, the growth has been incredibly strong.” Read 11 remaining paragraphs | Comments

Read the article:
Mini-desktops are a rare bright spot in a shrinking PC industry, says Intel 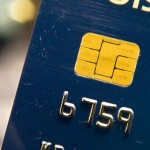 Chip-based credit cards are a decade old; why doesn’t the US...