schwit1 (797399) writes “A Minnesota school district has agreed to pay $70, 000 to settle a lawsuit that claimed school officials violated a student’s constitutional rights by viewing her Facebook and email accounts without permission. The lawsuit, filed in 2012 by the American Civil Liberties Union of Minnesota, alleged that Riley Stratton, now 15, was given detention after posting disparaging comments about a teacher’s aide on her Facebook page, even though she was at home and not using school computers. After a parent complained about the Facebook chat, the school called her in and demanded her password. With a sheriff deputy looking on, she complied, and they browsed her Facebook page in front of her, according to the report. ‘It was believed the parent had given permission to look at her cellphone, ‘ Minnewaska Superintendent Greg Schmidt said Tuesday. But Schmidt said the district did not have a signed consent from the parent. That is now a policy requirement, he said.'” Asks schwit1, “How is this not a violation of the CFAA?” It sounds like the school was violating Facebook’s Terms of Service, too. Read more of this story at Slashdot. 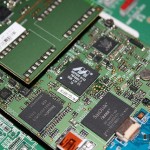 Flesh-Detecting Table Saw Instantly Drops the Blade Without Destroying It