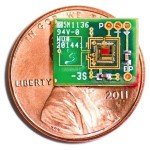 You wouldn’t immediately think of the ear’s cochlea as an energy source, but MIT knows that every mammal effectively has a pair of very small power plants because of the ionized environment. School researchers are trying to harness that energy through a new sensor that exploits the whole ear canal system. As eardrum vibrations naturally create a usable voltage from brain signals, the prototype can build enough charge in a capacitor to drive a very low-power wireless transmitter that relays the electrochemical properties of the ear and potentially diagnoses balance or hearing problems. The beauty of the system is its true self-sustainability: once the transmitter has been been jumpstarted with radio waves, it powers itself through the resulting transmissions. Energy use is also sufficiently miserly that the sensor doesn’t interrupt hearing. Work is still early enough that there’s a long way to go before such implants are part of any treatments, but there’s hope that future chip iterations could help fix inner ear maladies, not just report on them. Something tells us, however, that the doctor won’t ask us to take two dubstep tracks and call back in the morning. Filed under: Wearables , Science , Alt MIT ear-powered wireless sensor sustains its charge through sound originally appeared on Engadget on Thu, 08 Nov 2012 11:29:00 EDT. Please see our terms for use of feeds . Permalink   CrazyEngineers  |  MIT  |  Email this  |  Comments 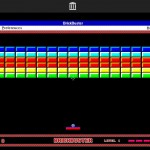 Netflix to stream original anime by ‘Attack on Titan’ producer