Ahmed Al-Khabaz was a 20-year-old computer science student at Dawson College in Montreal, until he discovered a big, glaring bug in Omnivox, software widely used by Quebec’s junior college system. The bug exposed the personal information (social insurance number, home address, class schedule) of its users. When Al-Khabaz reported the bug to François Paradis, his college’s Director of Information Services and Technology, he was congratulated. But when he checked a few days later to see if the bug had been fixed, he was threatened with arrest and made to sign a secret gag-order whose existence he wasn’t allowed to disclose. Then, he was expelled: “I was called into a meeting with the co–ordinator of my program, Ken Fogel, and the dean, Dianne Gauvin,” says Mr. Al-Khabaz. “They asked a lot of questions, mostly about who knew about the problems and who I had told. I got the sense that their primary concern was covering up the problem.” Following this meeting, the fifteen professors in the computer science department were asked to vote on whether to expel Mr. Al-Khabaz, and fourteen voted in favour. Mr. Al-Khabaz argues that the process was flawed because he was never given a chance to explain his side of the story to the faculty. He appealed his expulsion to the academic dean and even director-general Richard Filion. Both denied the appeal, leaving him in academic limbo. “I was acing all of my classes, but now I have zeros across the board. I can’t get into any other college because of these grades, and my permanent record shows that I was expelled for unprofessional conduct. I really want this degree, and now I won’t be able to get it. My academic career is completely ruined. In the wrong hands, this breach could have caused a disaster. Students could have been stalked, had their identities stolen, their lockers opened and who knows what else. I found a serious problem, and tried to help fix it. For that I was expelled.” The thing that gets me, as a member of a computer science faculty, is how gutless his instructors were in their treatment of this promising student. They’re sending a clear signal that you’re better off publicly disclosing bugs without talking to faculty or IT than going through channels, because “responsible disclosure” means that bugs go unpatched, students go unprotected, and your own teachers will never, ever have your back. Shame on them. Youth expelled from Montreal college after finding ‘sloppy coding’ that compromised security of 250,000 students personal data [Ethan Cox/National Post]

View the original here:
Montreal comp sci student reports massive bug, is expelled and threatened with arrest for checking to see if it had been fixed 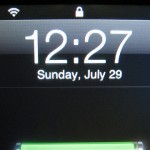