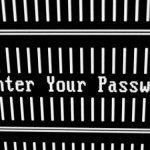 (credit: Marc Falardeau ) Another major site breach from four years ago has resurfaced. Today, LeakedSource revealed that it had received a copy of a February 2012 dump of the user database of Rambler.ru, a Russian search, news, and e-mail portal site that closely mirrors the functionality of Yahoo. The dump included usernames, passwords, and ICQ instant messaging accounts for over 98 million users. And while previous breaches uncovered by LeakedSource this year had at least some encryption of passwords, the Rambler.ru database stored user passwords in plain text—meaning that whoever breached the database instantly had access to the e-mail accounts of all of Rambler.ru’s users. The breach is the latest in a series of “mega-breaches” that LeakedSource says it is processing for release. Rambler isn’t the only Russian site that has been caught storing unencrpyted passwords by hackers. In June, a hacker offered for sale the entire user database of the Russian-language social networking site VK.com (formerly VKontakte) from a breach that took place in late 2012 or early 2013; that database also included unencrypted user passwords, as ZDNet’s Zach Whittaker reported. The Rambler database shows that its users had the same proclivity toward using weak passwords as users of other sites breached during the same period—the most common password, used by 723,039 users, was “asdasd,” followed by 437,638 accounts that used “asdasd123.” The majority of the top 50 passwords were simple numerical sequences. While that would be expected for “throwaway” passwords for sites with relatively low levels of privacy data ( such as Last.fm ), Rambler provides e-mail services—so the risk to user privacy of weak passwords was much higher. Read 1 remaining paragraphs | Comments

On Fiji, ants have learned to grow plants to house their...

What Actually Happens to All Your Deleted Files?