theodp writes “Code.org, backed by Bill Gates and Mark Zuckerberg, boasts in a blog post that thanks to this week’s Hour of Code, which featured a Blockly tutorial narrated by Gates and Zuckerberg, ‘More students have participated in computer science in U.S. schools in the last three days than in the last 100 years.’ Taking note of the impressive numbers being put up on the Hour of Code Leaderboards (’12, 522, 015 students have done the Hour of Code and written 406, 022, 512 lines of code’), the Seattle Times adds that ‘More African American and Hispanic kids learned about the subject in two days than in the entire history of computer science, ‘ and reports that the cities of Chicago and New York have engaged Code.org to offer CS classes in their schools. So, isn’t it a tad hyperbolic to get so excited over kids programming with blocks? ‘Yes, we can all agree that this week’s big Hour of Code initiative is a publicity stunt, ‘ writes the Mercury News’ Mike Cassidy, ‘but you know what? A publicity stunt is exactly what we need.'” Read more of this story at Slashdot. 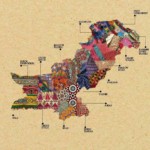