The USA series Mr. Robot has more than just surprisingly realistic hacking scenes , as it now can claim an Emmy win. Series star Rami Malek snagged the Outstanding Lead Actor award tonight, beating out Kevin Spacey, Bob Odenkirk and others. After double checking to make sure we were all seeing this too (good call), Malek said he wanted to “honor the Elliots…because there’s a little bit of Elliot in all of us.” What an #Emmys moment! @ItsRamiMalek of @whoismrrobot just won! pic.twitter.com/U4XdK2ue6V — Television Academy (@TelevisionAcad) September 19, 2016 One person can change the world. @ItsRamiMalek has won the Emmy Award for Outstanding Lead Actor. #MrRobot pic.twitter.com/CvHJrHw8G5 — Mr. Robot (@whoismrrobot) September 19, 2016 http://televisionacad.tumblr.com/post/150616888353/emmys-winner-for-outstanding-lead-actor-for-a Source: Emmys.com 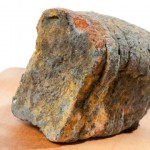 The FDA Isn’t Inspecting Food During The Government Shutdown

Investors host startups in their unused homes in return for equity