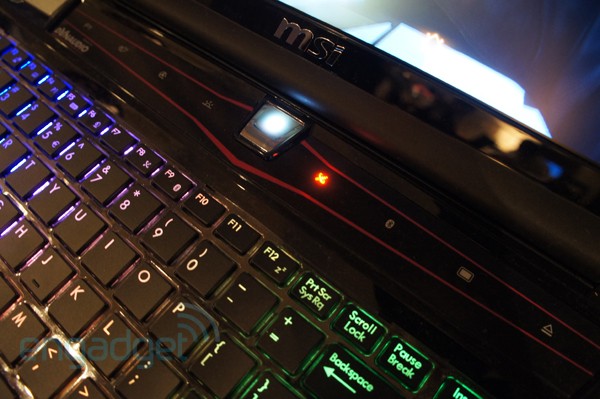 There’s no official word about this laptop, and if any of you are caught or killed, the secretary will disavow any knowledge. Still, you can’t stop a good rumor, which is why details have emerged about a supercharged edition of MSI’s GT780DX that dials the original hardware up to 11. The GTI 780GX has a 17.3-inch 1600 x 900 display (with the option to boost it to 1920 x 1080) and weighs a workout-worthy 3.85kg. Justifying that heft is a Core i7 Extreme Edition 2920XM CPU which’ll hit 4.16GHz in Turbo mode, thanks to a “Cooler Boost” heat-sink that’ll stop the laptop from singeing your flares. Paired up with such a meaty chip is 16GB of DDR3 RAM, a GeForce GTX570M (itself with 3GB of DDR5 inside) and space for two (two!) HDDs that each hold up to 750GB. You’ll also get a Steelseries gaming keyboard, THX Sound and a 9-cell battery. Given that the laptop doesn’t officially exist yet, there’s no word on pricing or availability but we’ll keep our eyes peeled.