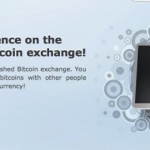 Mt. Gox As of late Monday evening, the embattled Bitcoin site Mt. Gox appears to have pulled the plug entirely  in the wake of sustained DDOS attacks and the “transaction malleability” problem that has plagued other websites. The site is gone and the company’s Twitter account appears to have been erased entirely. Ars’ requests to Mt. Gox for comment were not immediately returned. Bitcoin’s trading price has been steadily declining since the beginning of 2014, and as of this writing is hovering around $470 and falling . Read 5 remaining paragraphs | Comments