An anonymous reader shares a report: A mysterious piece of malware has been infecting hundreds of Mac computers for years — and no one noticed until a few months ago. The malware is called “FruitFly, ” and one of its variants, “FruitFly 2” has infected at least 400 victims over the years. FruitFly 2 is intriguing and mysterious: its goals, who’s behind it, and how it infects victims, are all unknown. Earlier this year, an ex-NSA hacker started looking into a piece of malware he described to me as “unique” and “intriguing.” It was a slightly different strain of a malware discovered on four computers earlier this year by security firm Malwarebytes, known as “FruitFly.” This first strain had researchers scratching their heads. On the surface, the malware seemed “simplistic.” It was programmed mainly to surreptitiously monitor victims through their webcams, capture their screens, and log keystrokes. But, strangely, it went undetected since at least 2015. There was no indication of who could be behind it, and it contained “ancient” functions and “rudimentary” remote control capabilities, Malwarebytes’s Thomas Reed wrote at the time. Read more of this story at Slashdot. 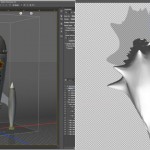 Photoshop Is Getting Support For 3D Printing 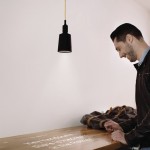