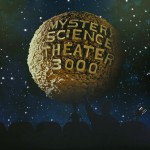 You won’t have to go out of your way to watch the Mystery Science Theater 3000 revival . Netflix has picked up the crowdfunded make-fun-of-movies show and will be the only place to stream it in the US, UK, Australia, Canada, Ireland and New Zealand. The move isn’t exactly shocking (Netflix has already offered classic MST3K episodes), but it’s that much sweeter if you’re already a Netflix subscriber and would rather not head to another service to watch. Just don’t be in a rush to catch up with Joel, Tom Servo and Crow. In keeping with the tone of the series, Netflix will only say that MST3K is coming back “in the not-too-distant future…” and we don’t think it means “next Sunday, AD.” In the not-too-distant future. @MST3K pic.twitter.com/L9IpZW2Cmb — Netflix US (@netflix) July 24, 2016 Via: Hollywood Reporter , TechCrunch Source: Netflix