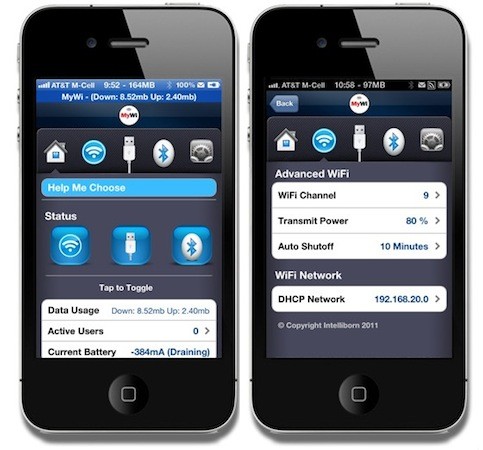 Why shell out cash for those extra tethering fees when you’ve got MyWi, right? Well, you’ll be happy to know the $19.99 jailbreak app has gone through a major revamp. MyWi v5.5 brings along a “total rewrite” for folks on iOS 5, while also promising a speedier connection, faster hotspot load times as well as improved overall reliability. Additionally, the overhauled application adds a couple of new features, including an upgrade to MyWi On Demand, which now uses Bluetooth to trigger hotspot mode. MyWi version 5.5 is up for grabs now via the App Cydia store, though you may need to keep it a secret from your carrier.

MyWi gets friendlier with iOS 5, brings faster connection speeds and improved reliability originally appeared on Engadget on Fri, 06 Apr 2012 15:43:00 EDT. Please see our terms for use of feeds.