With its pink hairless body and huge incisors hanging out of its mouth, the naked mole rat isn’t a particularly handsome creature. A rodent that is neither rat nor mole but the only species currently classified in the genus Heterocephalus , the nearly blind, nearly hairless naked mole rat lives in almost complete darkness its entire life. It has also recently been discovered that these rodents live to around 35 years, as opposed to a “regular” rat’s six years, and the naked mole rat doesn’t seem to actually age before it dies. According to Phys Org : A team of researchers at Google-owned Calico Life Sciences LLC has found that the naked mole rat defies Gompertz’s mortality law. In their paper published in eLife, the group describes their study of the unusual-looking rodent and describe some of its unusual traits. Naked mole rats are very nearly hairless. They evolved that way by living in a harsh underground environment. They are also almost ectothermic (cold blooded). And now, it seems they do not age—at least in the traditional sense. Reports of long-lived mole rats prompted the team at Calico to take a closer look—they have a specimen in their lab that has lived to be 35 years old. Most “normal” rats, in comparison, live to be just six years old, and they age as they do so. The team collected what they describe as 3,000 points of data regarding the lifespan of the naked mole rat, and found that many had lived for 30 years. But perhaps more surprisingly, they found that the chance of dying for the mole rats did not increase as they aged. All other mammals that have been studied have been found to conform to what is known as Gompertz’s mortality law, which states that the risk of death for a typical mammal grows exponentially after they reach sexual maturity—for humans, that means the odds of dying double every eight years after reaching age 30. This, the researchers claim, suggests that mole rats do not age—at least in the conventional sense. They do eventually die, after all. To see these delightful creatures in action, here’s a short National Geographic clip from 2012: https://youtu.be/A5DcOEzW1wA Image by Jedimentat44

More:
Naked mole rats do not die of old age according to research 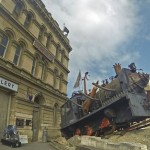 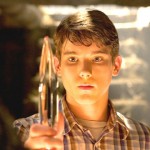 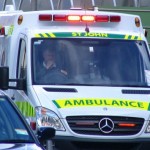