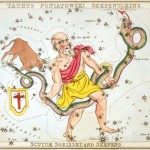 Enlarge / The new sign, “Ophiuchus,” means “Snake Bearer.” And who’s got two thumbs and loves snakes? THIS GUY RIGHT HERE. (credit: Wikimedia Commons ) According to a post on NASASpacePlace , everything we thought we knew about the influence the heavens have over our Earthly lives has been thrown into chaos. NASA has announced that the celestial sphere above us contains not twelve canonical zodiacal constellations, but 13. The heretofore overlooked constellation, Ophiuchus, is purported to guide and command events surrounding humans born between November 29 and December 17—so, if you used to be a Sagittarius, then congratulations: you’ve got a new sign, baby! The addition of Ophiuchus—the snake bearer , in case you were wondering—has obvious and far-reaching implications for the entire western Babylonian-derived zodiac calendar. For one thing, squeezing it in means changing the effective dates of all the other signs. According to Yahoo News , the new 13-sign calendar plays out like this: Capricorn:  January 20-February 16 Aquarius:  February 16-March 11 Pisces:  March 11-April 18 Aries:  April 18-May 13 Taurus:  May 13-June 21 Gemini:  June 21-July 20 Cancer:  July 20-August 10 Leo:  August 10-September 16 Virgo:  September 16-October 30 Libra:  October 30-November 23 Scorpio:  November 23-November 29 Ophiuchus:  November 29-December 17 Sagittarius:  December 17-January 20 The changes are as sweeping as they are staggering. For example, I woke up this morning firmly believing that I was an outgoing, courageous, independent, generous Leo. However, now I have to come to grips with the fact that I am in fact a stupid, sulky, inconsiderate, pessimistic Cancer. I have gone from lion to crab, and it weighs heavily upon me. Read 20 remaining paragraphs | Comments

View article:
NASA changed all the astrological signs and I’m a crab now 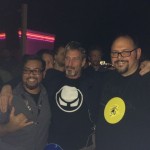 McAfee will break iPhone crypto for FBI in 3 weeks or...