MarkWhittington writes: According to a story in Astronomy Magazine, NASA is contemplating sending flagship sized space probes to the so-called “ice giants” of Uranus and Neptune. These probes would orbit the two outer planets, similar to how Galileo orbited Jupiter and how Cassini currently orbits Saturn. The only time NASA has previously had a close encounter with either of these worlds was when Voyager 2 flew by Uranus in 1986 and then Neptune in 1989. Each of these missions would happen after the Europa Clipper, a flagship-class mission scheduled for the mid-2020s. Read more of this story at Slashdot. 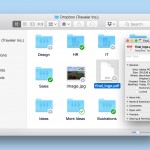 Dropbox SmartSync lets you collaborate across Mac and Windows PCs 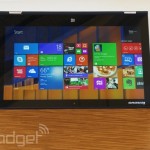