schwit1 (797399) writes with news that NASA scientists have tested the EmDrive, which claims to use quantum vacuum plasma for propulsion. Theoretically improbable, but perhaps possible after all. If it does work, it would eliminate the need for expendable fuel (just add electricity). From the article:Either the results are completely wrong, or NASA has confirmed a major breakthrough in space propulsion. A working microwave thruster would radically cut the cost of satellites and space stations and extend their working life, drive deep-space missions, and take astronauts to Mars in weeks rather than months. … [According to the researchers] “Test results indicate that the RF resonant cavity thruster design, which is unique as an electric propulsion device, is producing a force that is not attributable to any classical electromagnetic phenomenon and therefore is potentially demonstrating an interaction with the quantum vacuum virtual plasma.” Skepticism is certainly warranted: NASA researchers were only able to produce about 1/1000th of the force the Chinese researchers reported. But they were careful to avoid false sensor readings, so something is going on. The paper declined to comment on what that could be, leaving the physics of the system an open problem. Read more of this story at Slashdot. 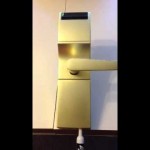