knwny writes “The Times of India reports that ‘India has launched a wide-ranging surveillance program that will give its security agencies and even income tax officials the ability to tap directly into e-mails and phone calls without oversight by courts or parliament, several sources said.'” Adds an anonymous reader: “What’s chilling is the comments from senior officials indicating that parts of the program are already live, without absolutely any discussion in public about it.” Read more of this story at Slashdot. 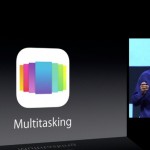 iOS 7 Adds Multitasking for All Apps

The New Mystery Science Theater 3000 Is the Perfect Pop Culture...