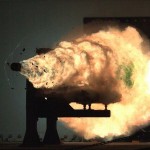 Just over 18 months after making its video debut , the Navy’s electromagnetic railgun has a manufacturer. BAE Systems — known for e-ink-powered tank camouflage , autonomous spiderbots and machine-gun-mounted lasers — won the government contract and hopes to have phase-two prototypes ready “as early as next year.” While the current design is capable of firing one shot, the Office of Navy Research hopes for six to ten shots per minute. If that doesn’t scare you, consider this: The pulse-driven projectiles travel at Mach 6 and can hit targets over 100 nautical miles away. Don’t worry, it’s not too late to rethink that career of sailing the high seas as a pirate and get to work on that accounting degree instead. Filed under: Science Comments Via: Defense Tech Source: BAE Systems 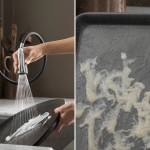