An anonymous reader writes: HTTP has served us well for a long time, but will we continue to use HTTP forever? Since Brewster Kahle called for a distributed web, more people have been experimenting with what is being called the Permanent Web: Web sites that can be federated instantly, and served from trustless peers. Popular web hosting site Neocities has announced that they are the first major site to implement IPFS, which is the leading distributed web protocol, and they published the announcement using IPFS itself. Read more of this story at Slashdot. 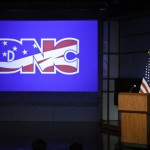