Enlarge / Neon introduces the use of transparency, such as on the left panel of Groove Music. (credit: MSPoweruser ) After reports last year that Microsoft was going to revise and update the design language used for Windows applications, some screenshots have leaked  to MSPoweruser giving an indication of how the appearance is going to change. Windows 10 presently uses a design language known as MDL2 (Microsoft Design Language 2), which is an evolved version of the Metro design first introduced with Windows Phone 7. Both Metro and MDL2 put an emphasis on clean lines, simple geometric shapes, attractive typography, photographic imagery, and minimal use of ornamentation. Both heavily borrow from responsive Web design concepts. Google’s Material design language builds on similar themes, adding transitions and animations to better show how pieces of information are related. The new Microsoft look is named Neon. It continues the evolution of Metro—it retains the emphasis on clean text and a generally flat appearance but adds certain elements of translucency (which the company is calling “acrylic”) and greater use of animation and movement. Additional new elements are “Conscious UI,” wherein an acrylic element might change depending on what’s behind the current app, and “Connected Animations.” The current preview of the Groove Music app, available to users of Windows Insider builds, already includes Connected Animations. Headers and pictures shrink as you scroll down the list of songs. As with Metro before it, much of this is already familiar and commonplace in Web design. Read 4 remaining paragraphs | Comments

This battery is powered by bacteria 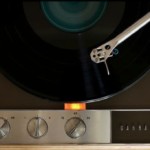