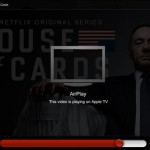 Netflix brought 1080p streaming to Android 4.3 this summer, and now iOS users can experience HD streams as well, provided they’ve updated to iOS 7. Another new feature in the latest update is support for AirPlay streaming (if you prefer that to using the Apple TV’s built-in app, we guess), along with other miscellaneous fixes. Hit the link below to grab version 5.0 right away, unless you’re still busy testing out the just-released Chromecast support from Hulu Plus. Filed under: Cellphones , Home Entertainment , Tablets , Internet , HD , Mobile , Apple Comments Source: iTunes

This Drop Test Looks Too Good To Be True

Why the British Don’t Refrigerate Eggs