Once upon a time, Netflix was proud enough of its public API which enabled third-party services and apps to serve up its data and content in different ways that it opened a gallery to display them. Unfortunately, times have changed since 2009 — the old App Gallery is gone and now, so is public API access for new developers. A blog post indicates the API is now focused on supporting Netflix’s official clients on the many devices its customers use to stream movies, not hobbyist projects for managing ones queue or finding new movies to watch. While those already in place should still work since existing keys will remain active, the developer forums are being set to read-only, no new keys are being issued and new partners are no longer being accepted. The move is reminiscent of recent changes by Twitter , where as each company has grown it’s decided having control over the user experience through its own official apps outweighs allowing the community to build and extend access as it sees fit. We’re sad to see the program go, as many of these tools assisted Netflix members in ways the official website and apps either never did, or no longer do after the features were removed . Even though Netflix relies on its own secret sauce for recommendations, we’ve always found it hard to beat InstantWatcher’s curated lists (by year, Rotten Tomatoes rating, critic’s picks, titles most recently added by other users and more) to find a video, and FeedFliks was indispensable for monitoring exactly how valuable the service is until its features were cut down by API changes. They provided an edge the competition like Amazon Prime and Redbox couldn’t match, but we’ll have to wait and see if this change is noticed by enough subscribers to matter — we’ve seen how that can go . Filed under: Home Entertainment , HD Comments Via: TechCrunch Source: Netflix Developer Blog 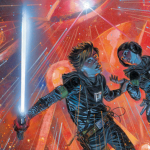 A Brief History Of Star Wars Canon, Old And New

Facebook Adds "Nearby Friends" to Show You Where Everyone’s At