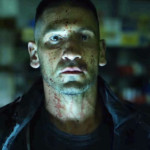 Netflix’s choose-your-own adventure TV shows for kids went down so well that it’s planning one for adults, reports Bloomberg . Or was the decision fueled by HBO’s entrance into the field with Steven Soderbergh’s Mosaic series and accompanying smartphone app? Originally unveiled in June, Netflix’s interactive programming lets iOS and TV viewers control parts of the storyline (including up to 13 choices for children’s animation Puss in Boots: Trapped in an Epic Tale ). Less forward-thinking auteurs will likely bemoan the format, which has been kicking around with little success for years. Other “branched narratives” (as Netflix likes to call them) include Buddy Thunderstruck: The Maybe Pile. And if the new series is successful, who knows? Maybe, Netflix will start adding interactive elements to future seasons of existing “grown-up” shows. Because, who doesn’t want to decide Queen Elizabeth II’s fate in The Crown , right? Wait, that’s a bad example. Targeting who Frank Castle picks off in The Punisher would make more sense. Either way, Netflix has deep enough pockets to go nuts with its new fave fad in 2018. Via: Bloomberg

View article:
Netflix is letting adults in on choose-your-own-adventure shows