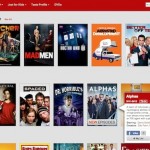 Netflix’s Watch Instantly streaming service in the US started with the same queue-based experience users were familiar with from its disc-by-mail rentals for bookmarking titles to watch later, but internationally the option has never existed. Now the experience is changing everywhere, as Netflix replaces the old queues with “My List.” Outside the US subscribers will notice the biggest change, as they’re able to curate their own viewing lists instead of relying solely on search or the service’s automatically generated genre lists. Otherwise the selection process is mostly the same as we’ve come to expect, with a “+ My List” button single click adding it to the list of up to 500 items in each user’s profile. My List should pop up on individual accounts over the next couple of weeks, check after the break for a breakdown of all the incoming changes. Filed under: Home Entertainment , HD Comments Source: Netflix Blog