A technique for editing genes while they reside in intact chromosomes has been a real breakthrough. Literally . In 2013, Science magazine named it the runner-up for breakthrough-of-the-year, and its developers won the 2015 Breakthrough Prize . The system being honored is called CRISPR/Cas9, and it evolved as a way for bacteria to destroy viruses using RNA that matched the virus’ DNA sequence. But it’s turned out to be remarkably flexible, and the technique can be retargeted to any gene simply by modifying the RNA. Researchers are still figuring out new uses for the system, which means there are papers coming out nearly every week, many of them difficult to distinguish. That may be precisely why the significance of a paper published last week wasn’t immediately obvious. In it, the authors described a way of ensuring that if one copy of a gene was modified by CRISPR/Cas9, the second copy would be—useful, but not revolutionary. What may have been missed was that this process doesn’t stop once those two copies are modified. Instead, it happens in the next generation as well, and then the generation after that. In fact, the modified genes could spread throughout an entire species in a chain reaction, a fact that has raised ethical and safety concerns about the work. Read 14 remaining paragraphs | Comments 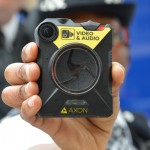 Body cameras given to ‘over 22,000’ London police officers