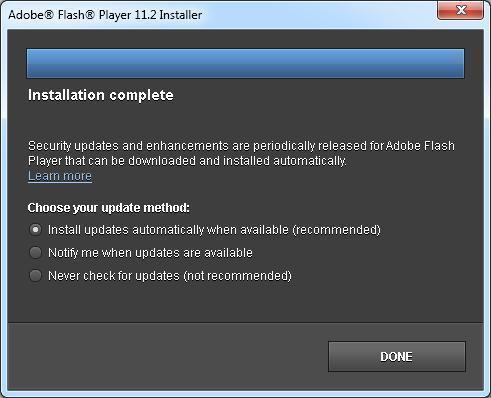 Adobe has released a long-awaited update to its Flash Player that allows users to apply security patches with no prodding.

The background updater, which Adobe announced in a blog post published on Tuesday, is designed to better protect users against malware attacks that exploit newly discovered vulnerabilities in the ubiquitous media player. Over the past few years, organized crime gangs and spy rings have milked such zero-day flaws to surreptitiously install keyloggers and other data-stealing software on vulnerable machines. The new mechanism is intended to reverse that trend by reducing the time it takes for the majority of Flash users to plug critical holes that come under attack.