NASA has spent a lot of time and money resurrecting the F-1 rocket engine that powered the Saturn V back in the 1960s and 1970s, and Ars recently spent a week at the Marshall Space Flight Center in Huntsville, Alabama, to get the inside scoop on how the effort came to be . But there’s a very practical reason why NASA is putting old rocket parts up on a test stand and firing them off: its latest launch vehicle might be powered by engines that look, sound, and work a whole lot like the legendary F-1. This new launch vehicle, known as the Space Launch System , or SLS, is currently taking shape on NASA drawing boards. However, as is its mandate, NASA won’t be building the rocket itself—it will allow private industry to bid for the rights to build various components. One potential design wrinkle in SLS is that instead of using Space Shuttle-style solid rocket boosters, SLS could instead use liquid-fueled rocket motors, which would make it the United States’ first human-rated rocket in more than 30 years not to use solid-fuel boosters. The contest to suss this out is the Advanced Booster Competition , and one of the companies that has been down-selected as a final competitor is Huntsville-based Dynetics . Dynetics has partnered with Pratt Whitney Rocketdyne (designers of the Saturn V’s F-1 engine, among others) to propose a liquid-fueled booster featuring an engine based heavily on the design of the famous F-1. The booster is tentatively named Pyrios , after one of the fiery horses that pulled the god Apollo’s chariot; the engine is being called the F-1B. Read 34 remaining paragraphs | Comments

Fearing Hackers, U.S. State Dept. Has Shut Off Part of Its... 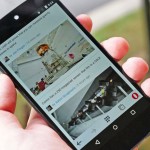 Opera warns that its web sync service was hacked