192_kbps writes: NASA published today the first color image of Pluto and Charon captured by the New Horizons probe, revealing a reddish world. “The fastest spacecraft ever launched, New Horizons has traveled a longer time and farther away – more than nine years and three billion miles – than any space mission in history to reach its primary target. Its flyby of Pluto and its system of at least five moons on July 14 will complete the initial reconnaissance of the classical solar system. This mission also opens the door to an entirely new “third” zone of mysterious small planets and planetary building blocks in the Kuiper Belt, a large area with numerous objects beyond Neptune’s orbit.” The picture is blurry, but far better than the few pixels Hubble can resolve, the image whets the appetite for New Horizon’s closest approach on July 14th.” Read more of this story at Slashdot. 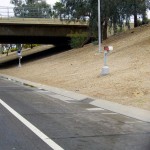