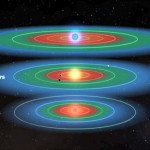 Sun-like stars are bright enough that their habitable zones are pushed close to the edge of where Kepler is able to detect planets. NASA Although NASA’s Kepler probe has entered a semi-retirement , discoveries from the data it collected continue. Scientists are currently gathered to discuss these results, and they held a press conference today to announce the latest haul. As of today, the Kepler team is adding 833 new exoplanet candidates to its existing haul, bringing the total up to over 3,500. So far, 90 percent of the candidates that have been checked have turned out to be real. The number of planets in the habitable zone has gone up to over 100. In conjunction with the press conference, PNAS is releasing a paper that performs an independent analysis of Sun-like stars. This finds that over 20 percent of these host a planet less than two times the size of Earth’s radius. Within Kepler’s field of view, 10 of them receive an amount of light similar to that reaching Earth. A status update Kepler spots planets by watching them transit in front of their host star. This creates a characteristically square-shaped dip in the amount of light reaching Earth. This method of detection, however, isn’t considered definitive. The sightings are considered candidates and need to be confirmed by another method. Read 10 remaining paragraphs | Comments

Perfectly Preserved Blockbuster Offers a Fascinating Glimpse of Life in 2010 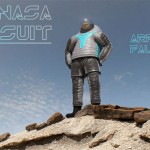