Enlarge / Each year’s ozone hole is a little bit different. (credit: NASA ) The Montreal Protocol, which went into effect in 1989, is a rare instance of a global agreement to solve a global problem: the release of vast quantities of ozone-destroying chemicals into the atmosphere. In the decades since, however, changes in ozone have been small and variable, making it hard to tell whether the protocol is making any difference. But evidence has been building that the ozone layer is recovering, and a new paper claims to have directly measured the ozone hole gradually filling back in. CFCs and ozone During the 1970s and ’80s, evidence had been building that a class of industrial chemicals, the chloro-flurocarbons (CFCs), were damaging the ozone layer, a region of the stratosphere rich in this reactive form of oxygen. Ozone is able to absorb UV light that would otherwise reach the Earth’s surface, where it’s capable of damaging DNA. But the levels of ozone had been dropping, and this ultimately resulted in a nearly ozone-free “hole” above the Antarctic. Read 14 remaining paragraphs | Comments

Read More:
New measurement confirms: The ozone is coming back 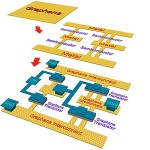 Scientists show how to make an integrated circuit using only graphene 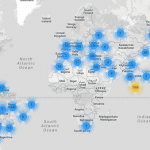 Botnets running on CCTVs and NASs