The long-awaited modern OS/2 distribution from Arca Noae was released Monday. martiniturbide writes: ArcaOS 5.0 is an OEM distribution of IBM’s discontinued OS/2 Warp operating system. ArcaOS offers a new set of drivers for ACPI, network, USB, video and mouse to run OS/2 in newer hardware. It also includes a new OS installer and open source software like Samba, Libc libraries, SDL, Qt, Firefox and OpenOffice… It’s available in two editions, Personal ($129 with an introductory price of $99 for the first 90 days [and six months of support and maintenance updates]) and Commercial ($239 with one year of support and maintenance). The OS/2 community has been called upon to report supported hardware, open source any OS/2 software, make public as much OS/2 documentation as possible and post the important platform links. OS2World insists that open source has helped OS/2 in the past years and it is time to look under the hood to try to clone internal components like Control Program, Presentation Manager, SOM and Workplace Shell. By Tuesday Arca Noae was reporting “excessive traffic on the server which is impacting our ordering and delivery process, ” though the actual downloads of the OS were unaffected, the server load issues were soon mitigated, and they thanked OS/2 enthusiasts for a “truly overwhelming response.” Read more of this story at Slashdot. 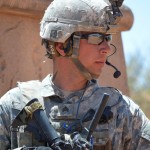