How We Know North Korea Didn’t Detonate a Hydrogen Bomb 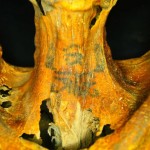