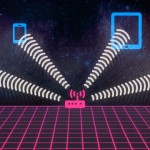 Wi-Fi networks are wasting a gigabit—but multi-user beamforming will save the...