Congress has become gun-shy about putting together Internet-related legislation after the attempt to pass SOPA generated unprecedented public outrage, but Internet piracy is still on its radar. Still, it turns out that digital copies of pirated movies and TV shows aren’t just the subject of committee debates on Capitol Hill—they’re also being downloaded onto Capitol Hill computers. A post today in US News & World Report’s tech blog published new information from anti-piracy forensics company ScanEye , a company that offers BitTorrent monitoring services in the name of fighting piracy. The ScanEye report [ PDF ] shows apparently pirated movie files being downloaded via IP addresses associated with the US House of Representatives. Congressional employees downloaded episodes of Glee , CSI , Dexter , and Home and Away in October and early November. There are more TV episodes downloaded than movies, but the report also shows downloads of films, such as Iron Sky , which was downloaded by a Congress-owned computer on Oct. 4; Life of Pi , downloaded on Oct. 27; and the Dark Knight Rises , downloaded on Oct. 25. Another download listed is Bad Santa 2 , a movie which has not been released yet. Read 1 remaining paragraphs | Comments 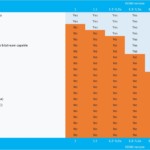 HDMI 2.1 is here with 10K and Dynamic HDR support