A new Windows 10 build is now available for Fast Ring users. Build 10122 should be available to download, but Microsoft is advising that users with AMD video cards pass on it for the time being. That’s because there’s currently a crashing issue in the Edge browser (still named “Project Spartan” in this release). Microsoft is working with AMD to update its drivers to address the issue, but until an update is available, AMD users are advised to switch to the Slow Ring. The new build makes Windows 10 look the way it looked when Microsoft demonstrated it at its Build and Ignite conferences earlier this month. This has two major parts; the Start menu has been reorganized to group Explorer, Settings, Power, and All Apps together, and the Start screen now puts more focus on new, larger tiles, putting the menu-like parts (including the aforementioned grouped icons) together in a hamburger menu. Similarly, Edge now includes the new tab screen shown off at Build. This is strongly reminiscent of iGoogle, including a search bar, popular links, news, and weather. Read 2 remaining paragraphs | Comments 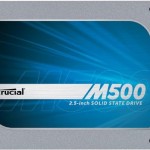 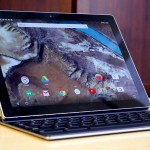