An anonymous reader writes: Microsoft has released a new Windows 10 preview for PCs. The preview, dubbed build 14316, comes with a range of features including support for Bash, which Microsoft had announced at its developer conference Build last week. Users interested in it can enable the feature by turning on Developer Mode (detailed instructions here), searching for “Windows Features, ” choosing “Turn Windows features on or off, ” and enable Windows Subsystem for Linux (Beta). To get Bash installed, open Command Prompt and type in “bash” (without the quotes.) Other features included in the new build include low battery notification, find my phone (ring my phone), and the ability to share map directions across devices. Additionally, the company has also released a new universal Skype app. Read more of this story at Slashdot. 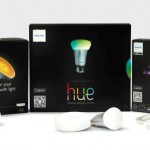 Whoa, This Handheld Router Only Cuts Where Needed To Reveal 3D...

A Man Got into a Firefight with a Robot in Pennsylvania