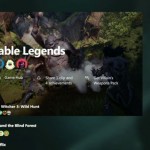 At E3, Microsoft unveiled a revamped dashboard for the Xbox One that put an emphasis on speed and community. It’s now here at Gamescom when the company has revealed when exactly this revamped user interface will be filtering down onto your console: this November. The biggest additional feature is backwards compatibility , which means that around 100 Xbox 360 titles will be available to play on the hardware. Of course, if you’ve already paid for these games for the older console, you won’t be charged again for the privilege. In addition, the company’s Mike Ybarra has revealed that all future Games with Gold that are available on the Xbox 360 will also be accessible on the Xbox One. At the same time, he also announced that DVR functionality — which is also free — will come to the console in time for the holidays. The rest of the dashboard’s features were outlined at E3, the most notable being the integration of Cortana, Microsoft’s digital voice assistant. She can be used to perform minor tasks — like recording and sharing in-game footage — without you having to stop your epic career mode run on Fifa 16 . The revamped UI also offers a new quick-launch menu that pops up when you double-tap the Xbox button on your controller. We’re live all week from Cologne, Germany for Gamescom 2015. Click here to catch up on all the news from the show. Filed under: Gaming , Microsoft Comments Source: Xbox Tags: BackwardsCompatibility, Dashboard, FallUpdate, Gamescom2015, GamesWithGold, Microsoft, Xbox, XboxOne 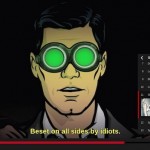 Netflix will switch from Silverlight to HTML5, explains what it’s waiting...