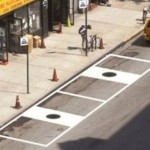 Hevo Power Imagine an electric Pepsi delivery truck in Manhattan. It makes dozens of stops at the same locations, day in and day out. Now what if at each stop—or every other stop—it could wirelessly top up its battery pack as the driver drops off another case of sugar water. That’s what Hevo Power is aiming to do with a new wireless charging system that blends into its surroundings by aping a manhole. “I was walking down the street, pondering how wireless charging could be deployed,” Hevo’s CEO and founder Jeremy McCool told WIRED. “I was standing at 116th and Broadway, and I was looking down and saw a manhole cover and thought, that’s the ticket. There are no cords, no hazards. Everything can be underneath the manhole cover.” The result is a new system of wireless charging stations that Hevo plans to deploy in New York’s Washington Square Park in early 2014, beginning with two Smart ForTwo electric vehicles operated by NYU. Read 8 remaining paragraphs | Comments 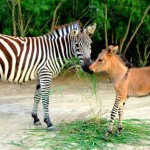 Meet the zonkey, a donkey-zebra hybrid Khumba, the second zonkey…

This Rediscovered Leather Trunk Contains Thousands of Letters From the 17th...