A New York County Supreme Court judge ruled that 26-year-old nurse Ellanora Baidoo can serve divorce papers  (PDF) to her soon-to-be ex-husband, Victor Sena Blood-Dzraku, via Facebook. The ruling is one of the first of its kind, and it comes at a time when even standard e-mail is still not “statutorily authorized” as a primary means of service, the judge wrote. A number of courts have allowed plaintiffs to use Facebook as supplemental means of service since at least 2013, but Baidoo has requested that the social media service be the primary and only means of telling Blood-Dzraku that she wants a divorce. The circumstances for the decision are unique, however. As the New York Daily News reported , Baidoo and Blood-Dzraku, both Ghanaian, were married in a civil service in 2009, but when Blood-Dzraku refused to marry in a traditional Ghanaian wedding ceremony, the relationship ended. The two never lived together, and Blood-Dzraku only kept in touch with Baidoo via phone and Facebook. Read 5 remaining paragraphs | Comments 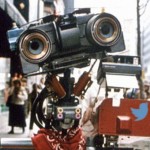 US Takes Out Gang That Used Zeus Malware To Steal Millions