A comet spotted earlier this year may pass close enough for Mars to feel the rock’s hot breath down its neck, according to new reports that surfaced Monday and Tuesday. The comet, named C/2013 A1, may pass within a few tens of thousands of miles of Mars’ center, with a remote chance that the miles-wide comet will collide with the planet. C/2013 A1 “Siding Spring,” a comet between 5 and 30 miles wide, was spotted January 3 by astronomer Robert H. McNaught. Researchers were able to look back in the image history of the Catalina Sky Survey in Arizona and spot signs of the comet as early as December 8, 2012. NASA states that other archives have traced sightings back to October 4, 2012. According to scientists at NASA’s Near-Earth Object Program Office , Siding Spring originates from the Oort Cloud of our Solar System and has been journeying to this point for more than a million years. In less than two years, around October 19, 2014, the comet will pass very close to Mars. Read 2 remaining paragraphs | Comments 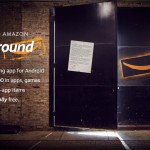