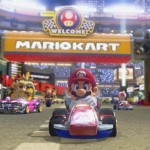 Over the years, Nintendo has crafted a diverse roster of beloved video game characters. They’re colorful and instantly recognisable, so inevitably some fans have wondered whether a Disney-style theme park could be built around them. Well, wonder no more. Nintendo announced today that it’s teaming up with Universal to build new rides in some of its theme parks. It’s staying tight-lipped on the details, but says to expect “spectacular, dedicated experiences” based on Nintendo games, characters and worlds. The move is another sign that Nintendo is becoming less protective over its homegrown video game franchises. The company is already working with DeNA to develop new mobile games, and last month the Wall Street Journal reported that a Legend of Zelda TV show was in the works. That rumor was later shot down (at least partly) by Iwata, but it still signalled Nintendo’s willingness to work with others. After all, these sorts of initiatives could help Nintendo to capture the imagination and support of a whole new generation of gamers. Something that’s increasingly important, given the lacklustre sales of the Wii U. So what Nintendo rides would you like to see in Universal’s theme parks? A rollercoaster based on F-Zero , or a haunted house inspired by Luigi’s Mansion ? Of course, there’s always Nintendo Land if you need some inspiration… Filed under: Gaming , Nintendo Comments Source: Nintendo 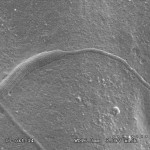 This 50 million year old worm sperm is a scientific treasure