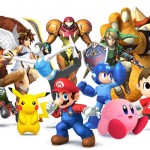 It should come as no surprise to hear that Nintendo is working on a new console. Fresh hardware takes years to develop, so engineers are always working on future systems while the rest of us play on the current generation of consoles. What we didn’t expect, however, is for Nintendo to talk about its next system so soon . In today’s press conference , where the company detailed its plans to make mobile games with DeNA, it also teased a new system codenamed “NX.” Few details were disclosed, other than it’ll involve fresh hardware and gameplay concepts. The NX symbol appeared on a slide alongside the Nintendo Wii U, 3DS and other mobile platforms, which suggests it could launch as a complimentary system, rather than an immediate successor to its current home system and handhelds. The NX will also tie into a new membership service that Nintendo is developing alongside DeNA. It’s a replacement for Club Nintendo, and will incorporate multiple devices including the Wii U, 3DS and non-Nintendo hardware such as smartphones and tablets. It’s no secret that Nintendo’s Wii U has been struggling . Despite some standout titles, including Mario Kart 8 and Super Smash Bros. for Wii U , the platform hasn’t resonated with consumers like the original Wii or the latest hardware from both Sony and Microsoft. Many have wondered how long it will take before Nintendo decides to cut its losses and shift focus to a new console entirely. That would, of course, disgruntle existing Wii U owners, so a new system that sits alongside Nintendo’s existing hardware, at least to begin with, makes sense. Chief executive Satoru Iwata said more details about NX will be shared “next year, ” so don’t expect any grand announcements at E3 or the next Nintendo Direct. “As proof that Nintendo maintains strong enthusiasm for the dedicated game system business, let me confirm that Nintendo is currently developing a dedicated game platform with a brand-new concept under the development codename ‘NX, ‘” he says. Why is Nintendo making this announcement now? Its decision to develop new smartphone games with DeNA is sure to rile some of its most dedicated fans, which feel the company’s characters should be protected from outside developers, especially those in the mobile space. Teasing the “NX” today should reassure gamers that Nintendo is still committed to “hardcore” titles and won’t be abandoning its hardware business anytime soon. Filed under: Gaming , Nintendo Comments