From a Bloomberg report:The aloe vera gel many Americans buy to soothe damaged skin contains no evidence of aloe vera at all. Samples of store-brand aloe gel purchased at national retailers Wal-Mart, Target and CVS showed no indication of the plant in various lab tests. The products all listed aloe barbadensis leaf juice — another name for aloe vera — as either the No. 1 ingredient or No. 2 after water. There’s no watchdog assuring that aloe products are what they say they are. The U.S. Food and Drug Administration doesn’t approve cosmetics before they’re sold and has never levied a fine for selling fake aloe. That means suppliers are on an honor system, even as the total U.S. market for aloe products, including drinks and vitamins, has grown 11 percent in the past year to $146 million, according to Chicago-based market researcher SPINS LLC. “You have to be very careful when you select and use aloe products, ” said Tod Cooperman, president of White Plains, New York-based ConsumerLab.com, which has done aloe testing. Aloe’s three chemical markers — acemannan, malic acid and glucose — were absent in the tests for Wal-Mart, Target and CVS products conducted by a lab hired by Bloomberg News. The three samples contained a cheaper element called maltodextrin, a sugar sometimes used to imitate aloe. The gel that’s sold at another retailer, Walgreens, contained one marker, malic acid, but not the other two. Read more of this story at Slashdot.

See the original post:
No Evidence of Aloe Vera Found in the Aloe Vera at Wal-Mart, CVS 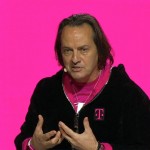